Michael Abrams joined Columbia University as the Executive Director of the Center for Veteran Transition and Integration, where he will build upon the nationally recognized accomplishments of Columbia University in supporting returning veterans in achieving academic and career success.

Michael joined the Marine Corps shortly following the September 11, 2001 attacks and served on active duty for eight years, which included a deployment to Afghanistan with an infantry company as the artillery forward observer. After leaving active duty, Michael attended New York University’s Stern School of Business graduating with an M.B.A. in Finance and Entrepreneurship & Innovation.

While attending business school, he founded the FourBlock Foundation to help bridge the gap between returning service members and the business community. The program is a university accredited, semester-long course that educates and prepares transitioning veterans for meaningful careers in corporate America. Under his leadership, FourBlock expanded to twelve cities across the country, educating and serving hundreds of transitioning veterans each semester.

Michael has co-authored three books; Mission Critical: Unlocking the Value of Veterans in the Workforce, and two editions of a military transition guidebook titled Business Networking for Veterans. He is currently a term member at the Council on Foreign Relations and was recognized as one of the HillVets Top 100 Veteran Innovators of 2016. Michael is also currently serving in the Marine Corps Reserves as the executive officer for 3rd Battalion, 14th Marines. He was previously the battery commander of the unit in Chattanooga, TN, that sustained a homegrown terrorist attack in July 2015. 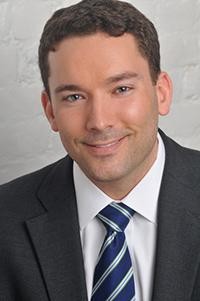 Executive Director of the Center for Veterans Transition Integration